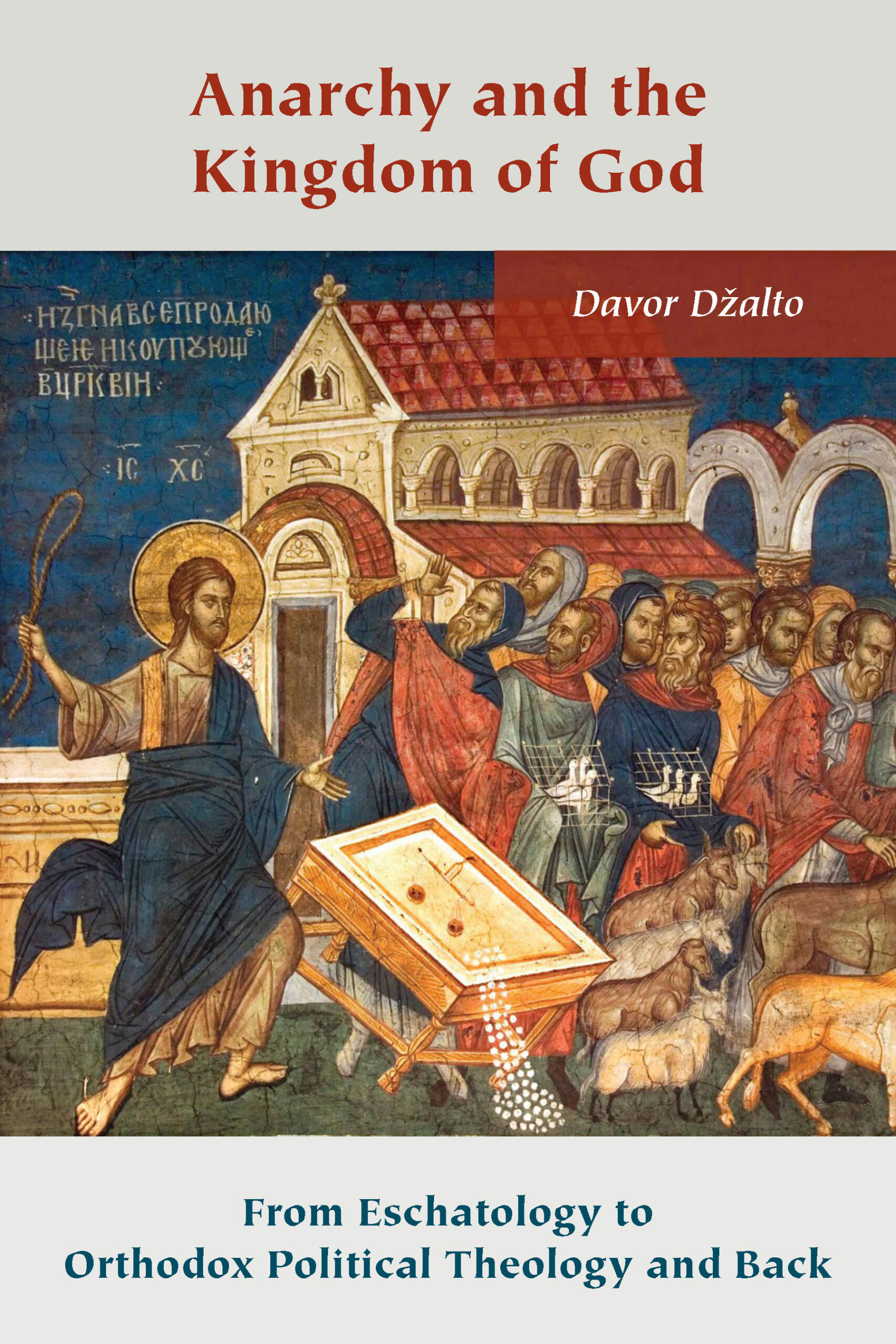 Anarchy and the Kingdom of God:

From Eschatology to Orthodox Political Theology and Back

Anarchy and the Kingdom of God presents the reader with a unique critique of both traditional and contemporary political theologies that have rationalized and justified power structures and oppression of various kinds. The book advances an “anarchist” theological approach to the socio-political sphere, which is based on some of the basic presuppositions of Orthodox Christian anthropology and metaphysics.

In Anarchy and the Kingdom of God, Davor Džalto reclaims the concept of “anarchism” both as a political philosophy and a way of thinking of the socio-political sphere from a theological perspective. Developing a coherent critique of power structures and oppression, as one of the most prominent forces in human history, Džalto advances human freedom as a foundational theological principle. Building on insights and arguments ranging from the New Testament texts and Church Fathers, to modern religious and political thinkers such as Nikolai Berdyaev, Jacques Ellul or Sheldon Wolin, Džalto contextualizes the political realm as primarily the realm of power, which is rooted in a specific logic of being. This logic, based on self-affirmation and the power dynamics of domination/submission, is confronted here with a different (eschatological) mode of existence, based on freedom and love.

Developing an “anarchist” political theology, the book offers a method for dealing with a variety of contemporary social and political issues. In the time of renewed exploitations of religious ideas for the purposes of coercive political projects, both in the East and in the West, this approach seems particularly relevant. With a genuine theological approach to the issues of human freedom and power dynamics, the book enables a fresh reexamination of the problem of democracy and justice in the age of global (neoliberal) capitalism.